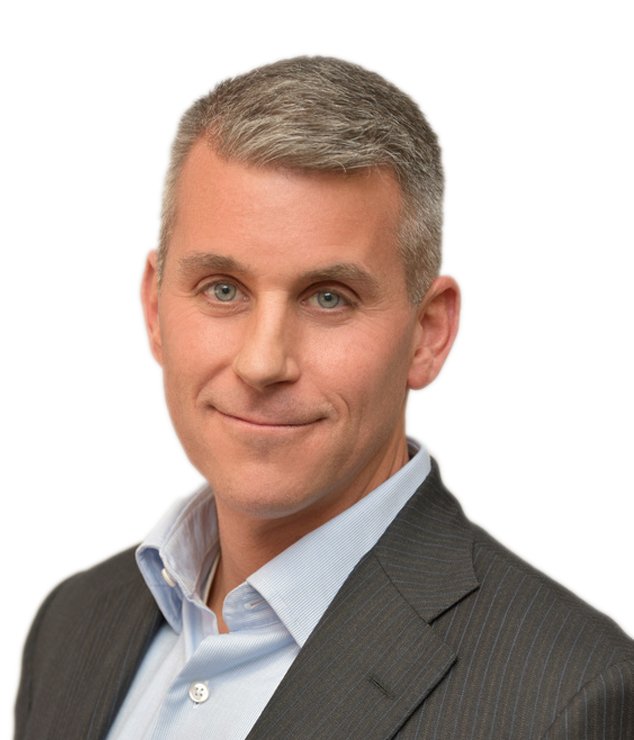 Litigation:
Derek advises in copyright, trademark, patent, publicity rights, trade secret, marketing, and general-business disputes. He has appeared in federal courts throughout the country. In government action over advertising claims, Derek has resolved disputes against the Federal Trade Commission and state attorneys general. He also represents clients in trademark cancellation and opposition proceedings before the federal Trademark Trial and Appeal Board (TTAB).

Derek has a unique ability to resolve cases short of a trial. He has negotiated many multi-million dollar settlements for plaintiffs. For defendants, Derek has won numerous judgments dismissing cases (on the papers), and settled dozens of cases for nominal value.

Internet Expertise:
Derek has counseled clients in hundreds of domain-name disputes, including in federal court and before Uniform Domain-Name Dispute-Resolution Policy (UDRP) panelists. He also represents domain-name registrars and registries in policy development.

Derek was lead counsel in groundbreaking cases in the arena of Internet policy. His representation of the plaintiffs in the class action Smiley v. ICANN – alleging that the launch of the <.biz> top-level domain was an illegal lottery – resulted in a unprecedented multi-million dollar settlement providing most consumers with a full refund for money spent.

Appellate Work:
Derek has won lots of appeals. Under the First Amendment, Derek won before the U.S. Court of Appeals for the Sixth Circuit (overturning a federal district court’s injunction that would have blocked the Internet distribution of a video of public concern). Before the Ninth Circuit, Derek won a landmark appeal striking down a state law and limiting private litigants from bringing frivolous claims against email marketers. In the Utah Supreme Court, he argued an appeal resulting in a unanimous opinion in favor of his client based upon the Fourteenth Amendment.

Business Experience:
Derek is an entrepreneur. He co-founded and ran a beverage company, raising over $10 million in capital and ultimately selling a majority interest in the company to a private equity firm.

In addition to his own business experience, Derek represents clients in various corporate transactions — from business formation and enterprise organization to strategic alliances, joint ventures, and mergers and acquisitions.

Media and Public Relations:
Derek has advised clients appearing before Congress regarding Internet, intellectual property, domain name, and First-Amendment issues. He has been a frequent speaker over the years to the domain-name industry and on national television news programs about Internet law and the First Amendment.

Trademark Infringement:
Derek won a preliminary and then permanent injunction in this trademark case. A chain of restaurants was concerned that a new competitor adopted a similar name. Derek obtained a preliminary court order requiring the defendant to stop infringing. The case settled soon after the order issued, which the court made permanent. In addition to changing its name, the competitor paid significant money damages to Derek’s client.

False Advertising:
Derek won summary judgment for his client, the defendant in this false-advertising case in the United States District Court for the Eastern District of Virginia. The court ruled in favor of Derek’s client without a trial, and after heavy litigation. The court docket had almost 400 entries—hundreds more than a usual case. The parties took 25 depositions, submitted eight expert opinions, exchanged millions of pages of documents, and litigated discovery disputes in seven other United States district courts across the country.

Patent Infringement:
Derek won summary judgment for his client accused of patent infringement. The plaintiff wanted millions of dollars. But instead, the court invalidated the plaintiff’s patent based on prior art and dismissed the case.

Antitrust:
Derek represented a company that was the leader in virtual-currency services until Facebook foreclosed all competition. In this antitrust case, Derek’s client sued Facebook alleging monopolization and illegal tying under the federal Sherman Act. Before negotiating a settlement, Derek argued and won several motions, including a motion to compel the deposition of Facebook CEO Mark Zuckerberg. This was extraordinary because, under most circumstances, the CEO of a giant corporation is not required to sit for a deposition based on the so-called “Apex Doctrine.”

Trademark Infringement and Domain Names:
Derek won a preliminary injunction, and then summary judgment and a permanent injunction, in this trademark and cybersquatting action. The court found this was an “exceptional case” under the federal Lanham Act, which entitled Derek’s client to recover attorney’s fees and enhanced damages from the defendant.

CAN-SPAM:
Derek won a motion for judgment on the pleadings for a defendant in this CAN-SPAM case. The federal court in Seattle dismissed the case against Derek’s client before any discovery or trial. The court relied on a Ninth Circuit Court of Appeals decision from a separate case that Derek had also won.

Trademark Cancelation and Opposition:
Derek won the right for Spam Arrest to register “spam” as part of its trademark even though Hormel’s SPAM® trademark was famous. The federal Trademark Trial and Appeal Board selected this as the trademark case of the year and held final arguments at a New York City conference of trademark lawyers. The case generated much attention with the national trademark bar and mainstream press. There was even a clue on the game show “Jeopardy!” about the case.

Class Action Defense/False Advertising:
Derek represented the defendant in this class action for false advertising. Ultimately, the case settled with Derek’s client paying nothing to the plaintiff, class, or class counsel.

Class Action, Plaintiff’s Counsel:
Derek represented a class of domain-name consumers who paid money under an illegal-lottery scheme. Derek won a preliminary injunction blocking the defendants from continuing the scheme. The case ultimately settled with the defendants paying 100% of the money collected back to consumers.

Patent Infringement:
Derek represented an inventor in multiple patent lawsuits. In one case against a competitor, after repeated success throughout the litigation, Derek negotiated a settlement on the eve of trial. In another against a giant eCommerce company, the case settled very early with a substantial payment to Derek’s client.

First Amendment/Copyright Infringement:
After Derek’s client was accused of copyright infringement, Derek won an order that the client could keep his identity secret. The copyright owner served a subpoena on Google to find out the client’s identity. Derek argued to the federal court in Los Angeles that the copying was fair use, and the plaintiff was not entitled to know the client’s identity. Based on the First Amendment to the United States Constitution, the court ordered that Google should not disclose who Derek’s client was. The client remains anonymous.

Antitrust:
Derek represented a plaintiff in this antitrust case. Derek’s client had exited the relevant antitrust market two years before the alleged antitrust violation. The defendant moved to dismiss the case, arguing that a plaintiff no longer in the relevant market shouldn’t be allowed to sue for a violation of the Sherman Act. Derek convinced the court otherwise and the case proceeded until Derek negotiated a settlement in favor of his client.

Trademark Infringement and Domain Names:
Derek won a motion for reconsideration for a defendant in this trademark and cybersquatting case. When judges decide, they rarely change their minds. But here, the federal judge reviewed Derek’s argument and reversed course. The court then issued a judgment in favor of Derek’s client, and dismissed the case forever.

Patent Infringement:
Derek represented a patent owner in multiple lawsuits filed in the United States District Courts for the Western District of Wisconsin and Central District of California. Through settlements, Derek collected many millions of dollars for the client.

False Advertising:
Derek won this appeal on all issues in a Lanham Act false-advertising case before the United States Court of Appeals for the Fourth Circuit, after winning in the Eastern District of Virginia trial court. This case is a precedent, law-making decision, in false-advertising law.

CAN-SPAM:
Derek won this appeal in the United States Court of Appeals for the Ninth Circuit where the court held that state law was partially preempted by federal law, and set the standard for CAN-SPAM liability. This is now the definitive authority and oft-cited case for the legal standard under the federal CAN-SPAM Act.

Personal Jurisdiction and Email:
Derek won this appeal in the Utah Supreme Court, which dismissed the case in favor of Derek’s client, a defendant who allegedly sent unlawful spam into Utah. This case established the standard for personal jurisdiction in Utah under certain facts. In this email marketing case, Utah’s highest court agreed that Derek’s client should not have been sued in Utah even though the client sent email to Utah which allegedly violated its state law.

Trademark and Domain Names:
Derek won this appeal of a trademark and cybersquatting case before the United States Court of Appeals for the Ninth Circuit after a trial verdict in the district court below.

First Amendment:
Derek won this emergency appeal for a media company. The United States Court of Appeals for the Sixth Circuit found that “the district court’s preliminary injunction is a prior restraint on speech in violation of the First Amendment.” When Derek’s client published a video showing a famous newscaster engaged in inappropriate public conduct, the newscaster sued. The district court in Ohio ordered Derek’s client to stop publishing the video. But Derek filed this emergency appeal under the First Amendment and won.

Trademark and Domain Names:
Derek represented a trademark defendant before the United States Court of Appeals for the Ninth Circuit in a pair of decisions setting the standard for cybersquatting under the federal Lanham Act.

Arbitration:
Derek won this appeal before the United States Court of Appeals for the Ninth Circuit. Even though courts tend to favor arbitration clauses, the court allowed litigation (rather than arbitration) to proceed under the Federal Arbitration Act.

Derek has defended and negotiated favorable settlements in state attorney-general investigations and lawsuits alleging unfair or deceptive trade practices, false advertising, and consumer-protection violations. Many of these begin with civil investigative demands (known as a CID), with which Derek has substantial experience.

Seller-Side Acquisition:
Derek represented a consumer packaged-goods company in sale of the company to a private equity firm.

Seller-Side Acquisition:
Derek represented a chain of 100 retail stores in a sale of the company to a larger competitor.

Buyer-Side Acquisition:
Derek represented a regional internet service provider in the acquisition of another regional ISP.

Public Offering:
Derek represented a nutritional supplement company in connection with a reverse merger into a public company where Derek’s client became the surviving public company.

Licensing:
Derek has structured and overseen the drafting of dozens of intellectual-property licenses for software, motion pictures, and publicity/personality rights.