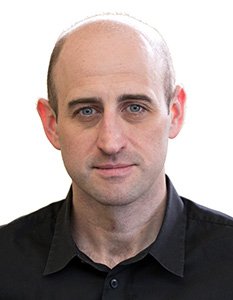 John is a high stakes litigator and business counselor, representing companies in the technology, internet, telecommunications, and media spaces, as well as financial institutions. He has deep knowledge of business, intellectual property, employment law, advertising regulation, cell phone communication issues, and e-commerce. John and his firm likely represent more digital marketing companies than any firm in the world. John also counsels technology companies and other large corporations on matters of business, corporate governance, risk management, and intellectual property protection. John is licensed to practice law in the state and federal courts of California, New York and Washington. He is a co-founder and board member of Green Canopy Homes, a northwest home builder that rehabilitates and sells residences with an emphasis on reduction of carbon foot print and greenhouse gas emissions. Greencanopy.com

Phillip Nghiem v. Dick’s Sporting Goods, Inc., United States District Court, Central District of California, Case #: 8:16-cv-00097-CJC-DFM. In this Telephone Consumer Protection Act class action, the plaintiff sued on behalf of a putative class of consumers against John’s client, Dick’s Sporting Goods. They alleged mass illegal text messaging, and claimed $55,000,000 in damages. Plaintiff was represented by one of the best known plaintiff’s class action law firms in the country. Following rigorous motion practice, John and his team successfully defeated plaintiff’s motion for class certification. They argued that the plaintiff was an inadequate class representative because he was himself a plaintiff’s class action lawyer who had baited the texts he complained about. The plaintiff voluntarily dismissed the case, with no payment by John’s client.

Rotberg v. Dick’s Sporting Goods, Inc., United States District Court, Southern District of New York, Case #: 1:16-cv-02957-NRB. In this case, John’s client was again accused in a putative class action of transmitting illegal marketing text messages. John and his team responded to the complaint with a robust motion to dismiss and a request to have the plaintiff and his law firm fined under Federal Rule of Civil Procedure 11 for bringing a frivolous action. The plaintiff voluntarily dismissed his claims, and John’s client paid nothing.

Mora v. Zeta Interactive Corp. et al, United States District Court, Eastern District of California, Case #: 1:16-cv-00198-DAD-SAB. In this Telephone Consumer Protection Act class action, plaintiff sought hundreds of millions of dollars in a putative class action for marketing telephone calls he claimed were illegal because he did not consent to receive them, and continued to receive following requests that he be placed on a do-not-call list. In partnership with his client, John located electronic records proving consent by the plaintiff, and call recordings showing plaintiff made no do-not-call request. John and his team also proved that Zeta Interactive does not use an automated telephone dialing system—a required element of a TCPA class action. To cure his case defects, plaintiff attempted to misuse discovery to identify other case theories and potential plaintiffs that could be joined into his claim. But the court granted John’s client’s motion to prevent those discovery efforts. The court agreed with John that, “Plaintiff’s requested discovery for all of the call logs of Defendant Zeta is a fishing expedition.” <<http://www.newmandocket.com/sites/default/files/zeta/mora/58.pdf>> Following this successful discovery motion and service of a motion to have plaintiff and his counsel fined for bringing a frivolous lawsuit, plaintiff voluntarily dismissed his claims with prejudice, leaving John’s client to pay nothing.

Tedrow et al v. Boeing Employees Credit Union, United States District Court, Western District of Washington, Case #: 2:15-cv-01138-JCCAPU. In this case, plaintiff sued John’s client, the Boeing Employee’s Credit Union, for alleged violations of the Fair Credit Reporting Act. Plaintiff’s theory was that, proper reporting of the plaintiff’s late debt payments, should have been changed when the plaintiff disputed it. But the plaintiff’s disputes were baseless. On the day of mediation, John’s firm served the plaintiff with a motion to dismiss based on lack of harm, citing the recent Supreme Court decision in Spokeo v. Robins, 136 S.Ct. 1540, 194 L.Ed.2d 635 (2016). John also threatened to have plaintiff fined under Federal Rule of Civil Procedure 11 for bringing a frivolous action. Plaintiff voluntarily dismissed his claims without any payment by John’s client.

Aeropioneer’s acquisition of Virgin Australia’s air fleet. John represents Aeropioneer, a phenomenal company that operates a fleet of airplanes that delivers food and supplies all over Africa to non-profit organizations and non-governmental entities, including United Nations peacekeepers in Somalia. When Virgin Australia recently chose to divest itself of its fleet of commercial jets, John counseled Aeropioneer in a fascinating and complicated international transaction to raise investor funds, acquire the fleet of jets, and dispose of the planes for a profit margin of nearly 100%.